0 shares
I have already lost count of the times that the successful telenovela ‘Yo soy Betty, la fea’ has been repeated but this time I am watching it with my eldest daughter and she loves it. Because despite being a novel from 25 years ago, it deals with a subject that will never lose its relevance: physical appearance.
I confess that on many occasions I literally felt like Betty: with glasses, braces and rebellious hair, stages of adolescence, basically things that make you feel insecure, but it was not due to my classmates, it was me who was unhappy with my appearance. But I developed an overwhelming personality that did not really care how I looked to others. The rest is achieved with clothes and makeup, but loving and accepting yourself is a hard work that cannot be achieved with any cosmetic surgery or doing a thousand sit-ups.
I admire the new trends and canons of beauty, in which there are no perfect bodies, no queenly measurements, women like you and me, with thousands of imperfections, but sure of themselves.
The ‘body positive’ is a trend that is increasing in acceptance with extra kilos, stretch marks, scars and cellulite, in addition to healthy habits. You may ask yourself: How are you chubby and healthy? and the answer is that, sometimes, your build makes you thick, but you do not have to be necessarily obese, according to experts.
This feminist movement has as its main objective to accept oneself as one is, and the motto of its followers is: “My body, my rules”. They fight against the standards of beauty imposed by society and free themselves from complexes about their appearance in order to live a full and happy life.

Although at first it was born against the discrimination of obese people, later on, they started to ask for respect for the disabled, people with scars, with burns, the thin ones or the short ones.
In the 90s, the supermodels were skinny, anorexia took over the catwalks and it was an open secret that the models did not eat, that their diet was based on champagne and cocaine, which took the lives of many of them.
Women got tired of wanting to look like famous models who also improved their appearance in magazines with Photoshop (technique applied in photographs) or with expensive plastic surgeries so that is when the ‘body positive’ came, rejecting harmful standards of beauty.

But a balance between the two extremes of the spectrum has not been reached yet. Although awareness has been created around the fact that anorexia, bulimia and all kinds of eating disorders threaten life, the struggle is now for the other extreme: obesity.

That is why this movement has often distorted reality and some followers feel disappointed when some of the models lose weight when they are actually doing so for a health issue, which I think is perfectly valid. Many women are thin and unhealthy, just as many overweight women are unhealthy. And that’s the point.
The true meaning of ‘body positive’ has been misunderstood. The goal of accepting a person’s appearance has been replaced by giving up on taking care of your health, so overeating, not exercising or doing any physical activity is promoted. In other words, the new ideology is: giving up caring for your body, especially your weight.
For some reason being attractive is not good, a very abrupt jump. Obesity is not a personal choice or a fashion, it is a pathology. According to the World Health Organization, it is an epidemic, not just an aesthetic problem.

The fact is that being overweight is a huge risk factor for health. This is a medical statement that cannot be ignored. A person who is too thin, like an overweight person, puts their health at risk.
Doctors confirm that overweight people are more prone to develop type 2 diabetes, the endocrine system works at the limit of its capacity and the bones and joints suffer from supporting the excess of weight.
Be what you want to be, but do it while taking care of your health and not following an unconcerned lifestyle about your welfare. The truth is that some people are actually obese because of a spoon and emotional disorder and for this it is also necessary to seek help.
Traducción del español: Catalina Oviedo Brugés.
self esteemsensualitysocietytrendwomen 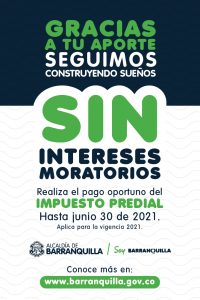 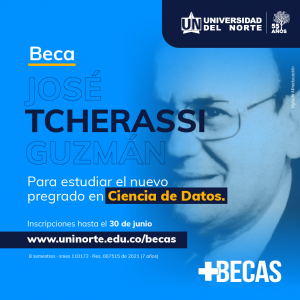