Monica is a 40-year-old fashion designer. She began her relationship at the age of 18 and at 20 they moved in together. At the age of 38 she ended her relationship. From this consensual unión three children were born who, to be honest, are like her brothers.

And although she admits that it was a painful process for both of them, she rescues from her relationship that they were always ‘good friends’: “It sounds strange, but we understood each other more as friends, because as a couple things never worked out.  Unfortunately, things don’t happen the way you plan or want to control them. Relationships are a seesaw of situations that we have to deal with as they come up”.

When I asked her if she agreed with the title, she said that it is a macho phrase that makes us doubt whether we are worthy of believing in true love again or simply letting ourselves be carried away by the moment and just leave as that, as a moment.

“There are many wounds to heal, but we must think not only about ourselves but also about our children and move forward, seeking well-being and peace of mind for everybody”.

She admits that she has several admirers: “I am a jovial person who freely expresses what I think. This can be misinterpreted by men because they think I am open to having a relationship. Men are more willing to have a fleeting or casual relationship.

Men believe she is available because she is divorced and has children. That is why she does not hesitate to block them when they become a nuisance and to test them: “For example, when they text me I tell them about some need I have and if they say they’re going to help me, two things can happen: the first is that they just don’t do it and the second is that they stop talking to me right away”.

She does not do it out of interest, but to know their real intentions and in case they want to help, something that has not yet happened with these “carnal famished”, as she calls them, she is sure they want to collect the favor later.

I asked her if she has thought about giving herself a second chance and she commented: “In my case it is complicated. I lived with someone who always said that if he ever saw me in another relationship he would just turn the page; and his behavior during the time we were together indicated that that’s how it would work, but at the time we experienced that type of situation his reaction was just the opposite.

Currently, Monica has very strong feelings for a person with whom she has a relationship with, but they are not together due to certain circumstances, which have to do with what both of them experienced before they met. She describes this moment as a roller coaster of ups and downs.

Monica says that, unfortunately, this relationship must be clandestine, because even her ex-partner does not accept that their story is over: “There are many wounds to heal, but we must think not only about ourselves but also about our children and move forward, seeking well-being and peace of mind for everybody”.

When we talked about a divorced woman mainly thinking about committing herself to another man for her children’s sake, she says: “Of course, we women put our children first when making decisions, that’s why we analyze everything about the person we want to establish a relationship with, how he behaves with his family and his environment, what he thinks, the values he has, because we think more as mothers rather than as women, we want to have a stable relationship not only for our own well-being but also for our children’s”.

But she does not deny herself the opportunity to rebuild her life: “You do not know when you will have the opportunity to meet the person with whom you want to have a love relationship, I know women who can find it in months as others do in years, love can come to you at any time”.

And she says: “I look for emotional stability, a healthy couple relationship because a perfect relationship does not exist, and by healthy I mean a relationship with empathy, understanding, dialogue, commitment, respect and, of course, love for my children”.

Monica says that in the end, some women want to have a family, not perfect, but a home where there is understanding. She remarks that before taking this step with another person, both parties must heal their heart and forgive. 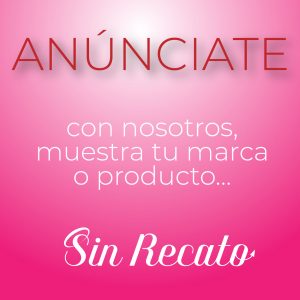